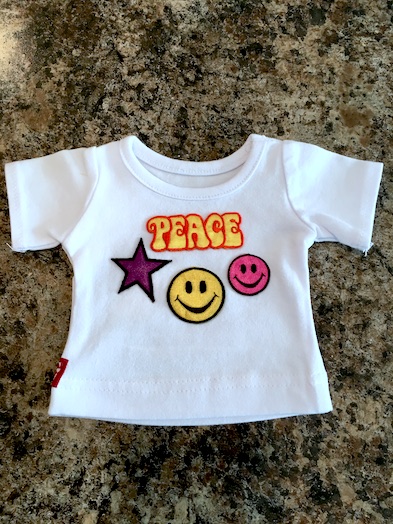 Hi guys! Today we were busy creating some new outfits for the dolls! A few years back, I purchased some plain doll t-shirts online with the intention of using appliqués to dress them up a bit. You can see our first attempts HERE.

Now, those appliqués were cute, but they were the only ones that we could find at the time, so we ended up with a few plain t-shirts leftover. If you can’t find any plain doll shirts, I’m told that you can get them at either Michael’s, Hobby Lobby or Joanne’s.

Well, the other day, we found some cute iron on appliqués at the Dollarama, so we decided to take them home, and see what we could create!

The results are awesome! As much as plain t-shirts are nice to have, I think dressing them up makes them that much more interesting. 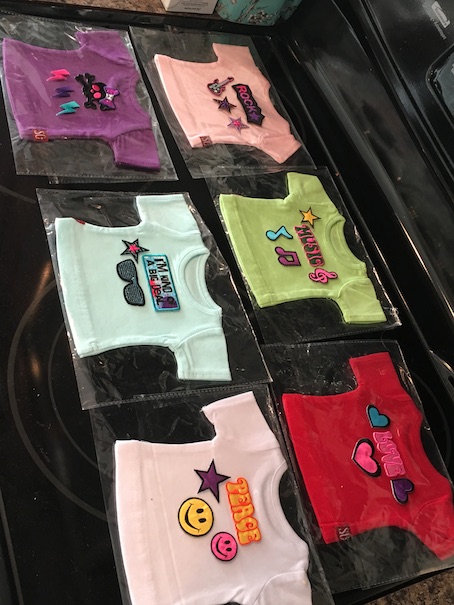 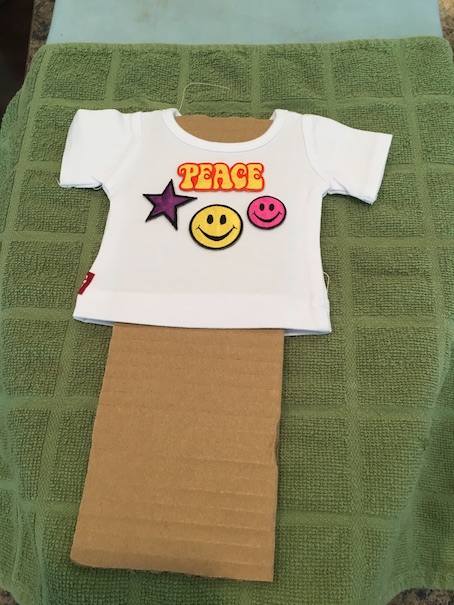 Next, we followed the instructions on the appliqués packaging. First you iron the appliqués directly to the shirt. We used a piece of cardboard in between just to be sure that the surface was flat, and that nothing transferred through to the back of the shirt.

Place a piece of light cotton over your design, and iron on high. This merely tacks the appliqués on there, but it doesn’t create a permanent seal.

Next, you must turn the shirt inside out, and iron directly on the back of the appliqués to seal in the glue.

And you’re done!! Super easy, and the results are adorable! 🙂 ❤ 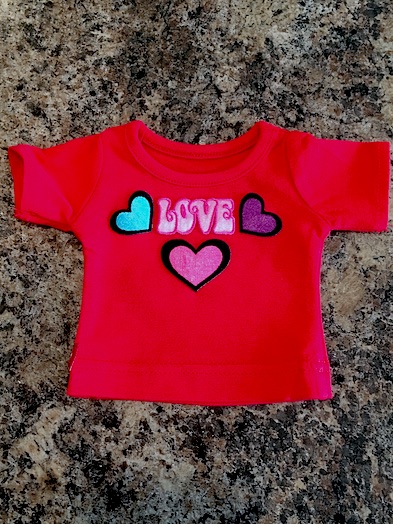 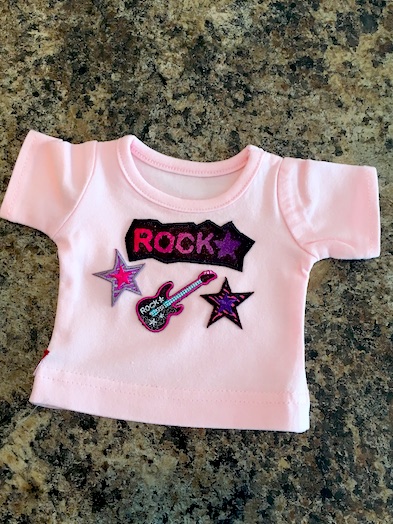 Once we had a bunch of new doll shirts, I just had to make them into outfits.

I broke out the Scrap Saver Skirt pattern from DayDream Doll Boutique that I had been wanting to try out for ages, and I decided to make a coordinating skirt to go with each shirt. 🙂

These little skirts are super easy to make, and they take very little time. They are also perfect to use up all of those left over fabrics that seem to pile up. 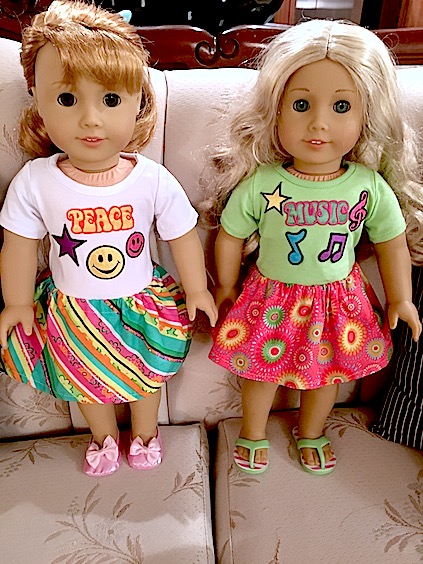 I just love this idea. It is such a quick and easy way to make fun, new outfits for the dolls. I hope that you enjoyed!

Have a crafty kind of day, and feel free to leave a comment below!!