Like pretty much everything that we do, when this movie came out…

Purple immediately overruled pink and pet lizards were suddenly ADORABLE!! Not to mention that Flynn Rider was so dreamy. He’s a cartoon character? Well that’s besides the point. We were hooked and that was that.

Life goes on, for a little while and then one day, walking in Walmart, my daughter came across this: 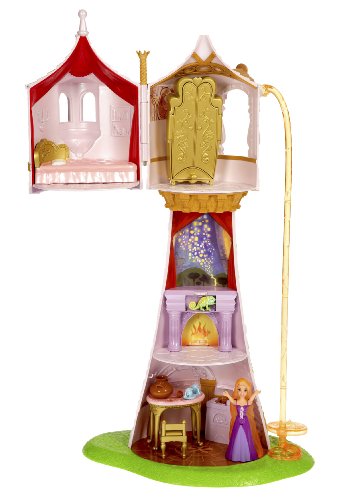 And of course, immediately she has to have it. I mean, who doesn’t love Rapunzel? The only problem was the price tag. Fifty some odd dollars?! For a toy?!

So that wasn’t happening.

Empty handed we headed home to where momma got to thinking. Not just about who the heck these toy companies thought they were dealing with because let’s face it, at prices like that, I think that someone, somewhere is making way too much money, not to mention that they must think we are all crazy.

But I also got to thinking about the cool Tinkerbell’s Pixie Hollow project that we had made previously. You can find it here

Anyway, I started to think that maybe, just maybe, I might be able to pull off the same thing with a project like this one.

And so the madness began.

The first thing that I had to figure out was the base of the tower. Here is how it all started: 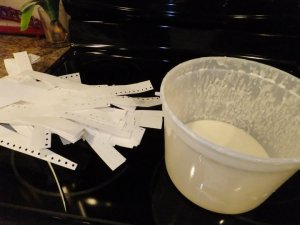 Warning: This is not how neat and tidy papier mache really is. In other words, be prepared to get some in your hair. 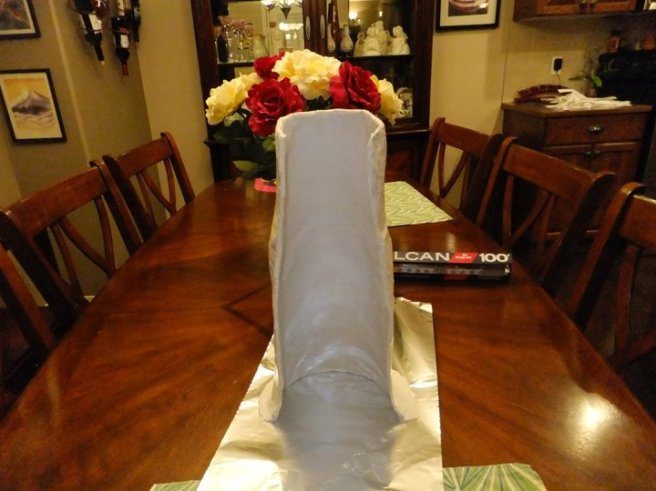 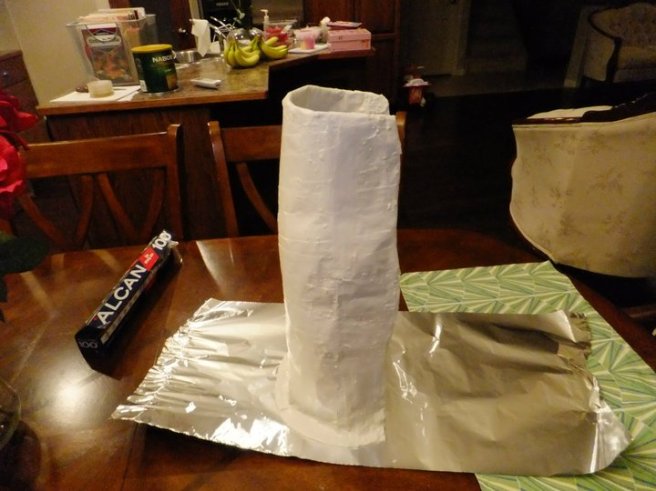 So there I was at midnight with nothing better to do than to make this.

I know. Now you are asking yourself, what in the world is that? Patience young grasshopper. Just kidding, at this point in the process I had no idea what I was doing either. 🙂

Honestly I was just winging it and hoping that something cool happened.

But it was already midnight so why not? That’s my best idea time. It’s also my best stay up late and do crazy stuff time.

Basically all I did was fashion a tower base out of tinfoil. Then I molded about a ton of papier mache around it.

I have to be honest, after it was finished I pretty much just stared at the thing for a very long time, wondering what to do next.

Until I came up with this. Craft sticks. If I had a video, maybe it would be in slow motion: 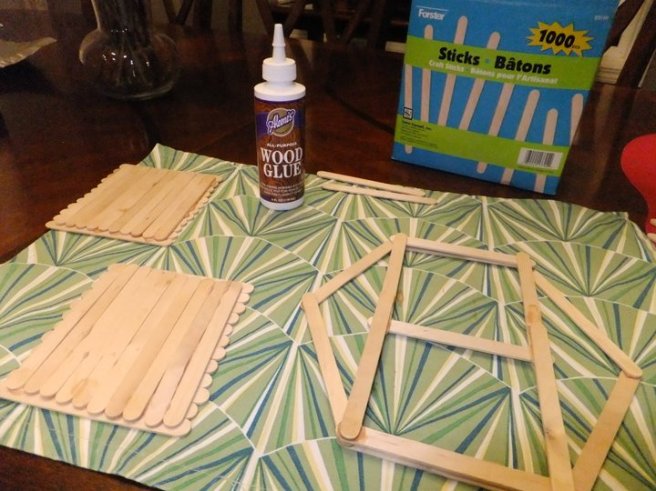 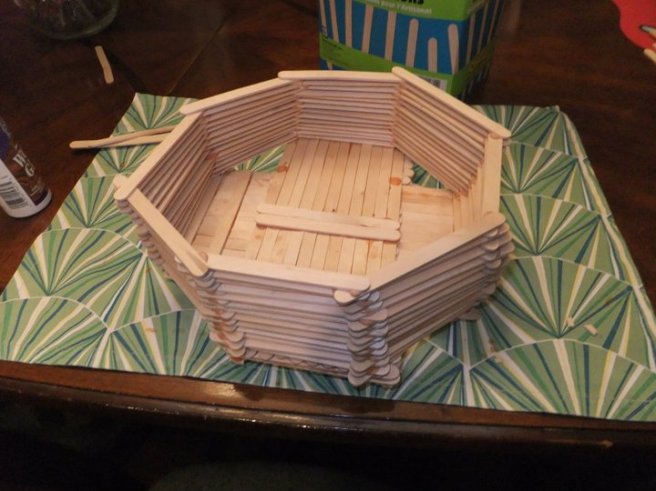 See there’s my plan unfolding so nicely! And by this time I am kicking myself for even starting this insanity! Bonus! 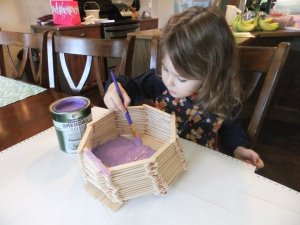 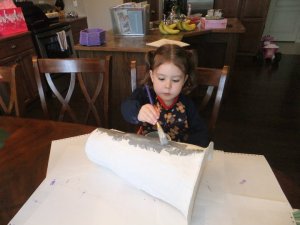 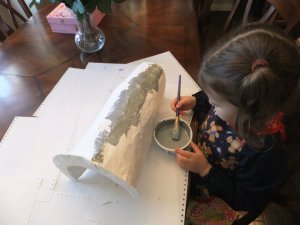 Needless to say, I needed sleep so here’s to letting the kid finish it the next day. 🙂 This isn’t child slave labour, I promise.

We also added some fake grapevines. Don’t ask me why I had fake grapes just lying around in my house. I have no idea. 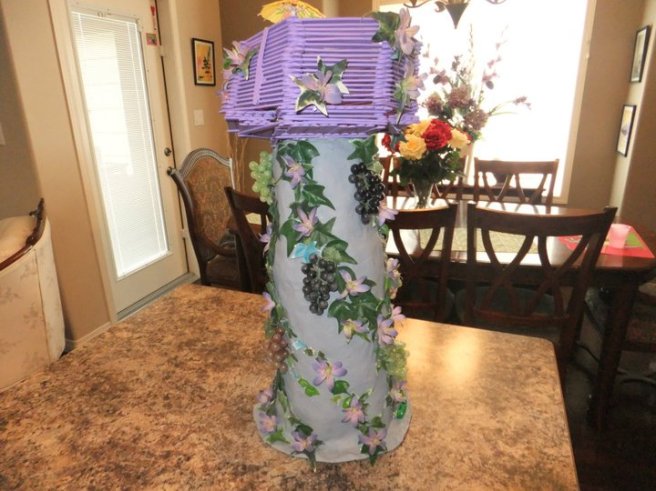 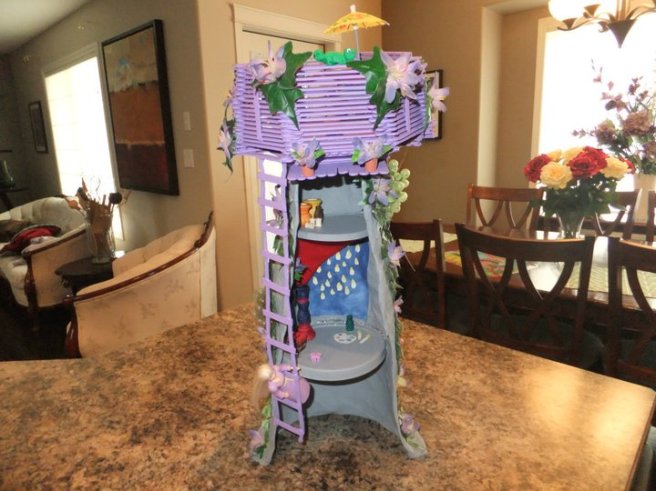 Tada! Isn’t it like magic how that came together so fast? Yay! Unfortunately our makeshift Polly Pocket Rapunzel didn’t have enough hair so we had to make her a rope ladder instead.

She even has her own Pascal. I made him out of Sculpey clay. 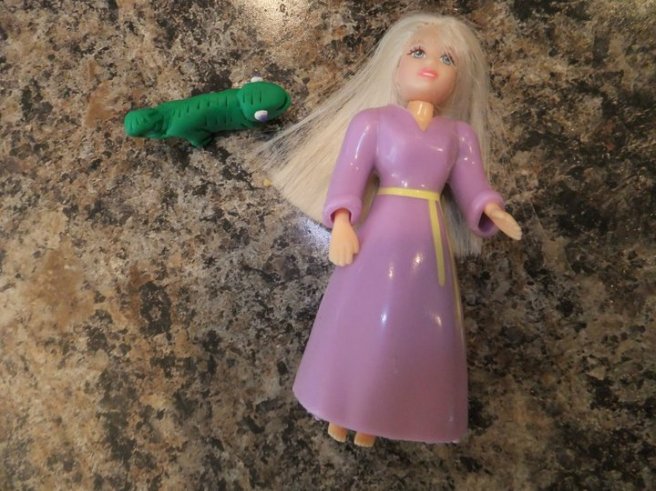 Here are some more pics of the inside of the tower.

Lifting the curtain you can even view the lanterns! Fifty dollars? Bah! Who needs real toys anyway?

I hope you liked it and I hope that you have some little Rapunzel fans of your own that you can make one for!

2 thoughts on “WHO DOESN’T LOVE RAPUNZEL” 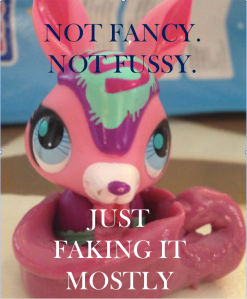 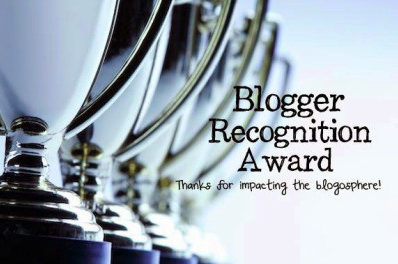